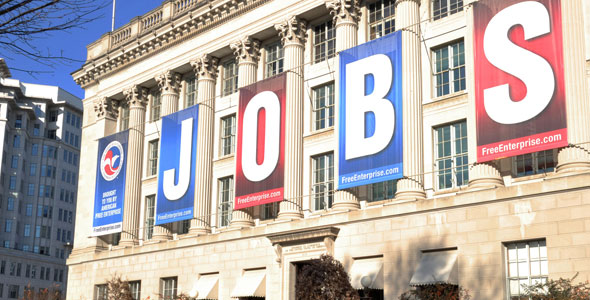 The number of Americans filing new claims for unemployment benefits increased more than expected last week, but the rise probably does not suggest a shift in labor market conditions as the underlying trend continued to point to strength.

Initial claims for state unemployment benefits rose 24,000 to a seasonally adjusted 329,000 for the week ended April 19, the Labor Department said on Thursday.

Claims for the week ended April 12 were revised to show 1,000 more applications received than previously reported.

Economists polled by Reuters had forecast first-time applications for jobless benefits rising to 310,000.

The increase probably reflects difficulties adjusting the data for seasonal fluctuations given a late Easter this year and the timing of school spring breaks.

The four-week moving average for new claims, considered a better measure of underlying labor market conditions as it irons out week-to-week volatility, rose only 4,750 to 316,750. That was not too far from pre-recession levels.

A Labor Department analyst said no states were estimated and there were no special factors influencing the state level data.

The claims report showed the number of people still receiving benefits after an initial week of aid fell 61,000 to 2.68 million in the week ended April 12, the lowest level since December 2007. The so-called continuing claims covered the household survey week from which the unemployment rate is calculated.

Continuing claims fell between the March and April survey periods, a good omen for the jobless rate. The unemployment rate was at 6.7 percent in March